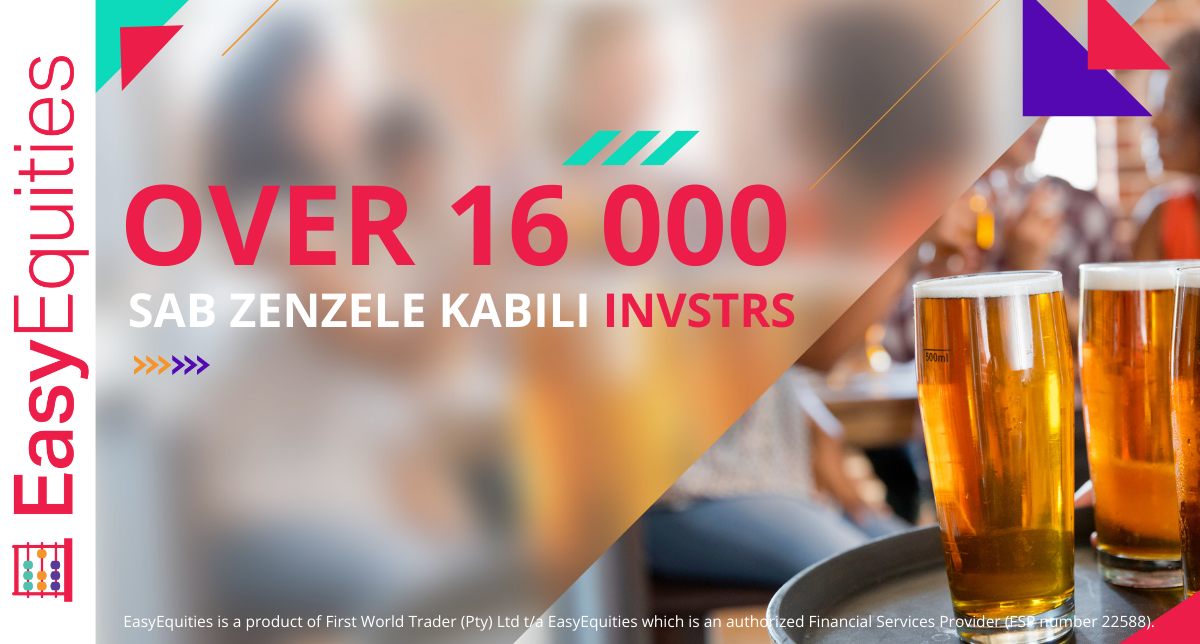 The SAB Zenzele Kabili shares are a popular BEE share scheme which has been trending over the past few weeks. Regulations around sales and distribution of alcohol in South Africa during the lockdown restrictions have also generated interest in these shares.

Over 16 000 investors registered for the BEE share option; the first of it’s kind on EasyEquities.

If you are curious to know what this whole “BEE thing” is all about, we're unpacking it a little more for you.

A BEE share option is an instrument which forms part of the BBEE act. This act was instated to empower black people to exercise voting rights, economical interest and acquisitions, and to encourage business ownership.

In terms of section 1 of the Companies Act, 71 of 2008:
A share option is a form of equity instrument and falls under the definition of “securities” which includes shares.

As you may know, companies issue shares publicly for capital in exchange for a portion of the company’s ownership. BEE share option securities are often offered at a discount to those classified as beneficiaries under the BBBEE act.

What are SAB Zenzele Kabili shares?

SAB Zenzele Kabili shares are a follow up option from the largest BEE scheme, SAB Zenzele (the initial scheme) which was launched in 2010.

SAB Zenzele Kabili shares started trading in May 2021 at an initial share price of R40. After gaining public attraction, with many South Africans grabbing the opportunity to become a shareholder, the shares saw a rise of over 500% reaching an all-time high in a short period of R220 per share, before retreating to R100 per share.

Demand around the share option has contributed to creating and increasing its value, thus benefiting those with short term expectations. However, many still believe that this may be an opportunity to make greater gains over the long term.

At a NAV of R60 per share and discount of 20%, SAB Zenzele Kabili shares are trading at least double the indicative value of R48 per share. The share price of the BEE share option, at some level remains autonomous to its very own demand from the Anheuser Busch Inbev SA/NV (AB InBev) share price fluctuation, as it only owns 5 105 685 Million AB Bev shares and 40 Million SAB Zenzele Kabili shares.

As per EasyResearch piece, INVSTRs should note that it is anticipated that the preference share debt (including the coupon) will be settled via the (ANH) shares dividend payments received by SZK. Some investors have also speculated that once the debt has been settled a single SZK share will be worth one ANH share. By looking at the current ANH shares owned by SZK and the outstanding shares in issue, one can see that it is not on a one-to-one basis like other empowerment schemes once the debt has been settled.