‘Braai’ belongs to all South Africans. So should the stock market! 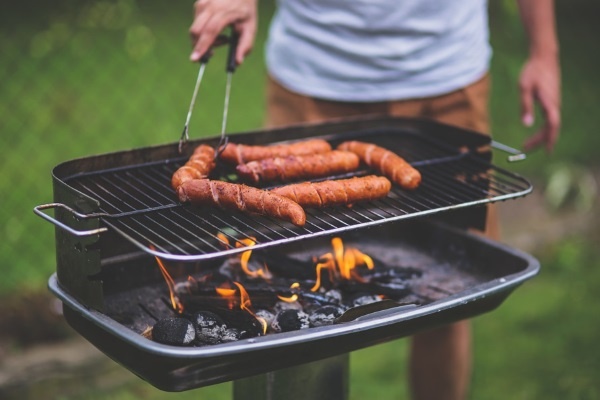 The final countdown to the 2016 National Braai Tour with Jan Braai is on! From 10-17 September, in the lead-up to South Africa’s Heritage Day, team #Easy will join the National Braai Tour 2016. We are officially one of the main sponsors for the Braai Tour this year, and together with Land Rover (team #Easy’s vehicle sponsor for the tour) and RISKAFRICA (our media partner) we are seriously looking forward to it!

Let’s paint a picture of the scene: led by South Africa’s ‘King of the Coals’, Jan Braai, a convoy of 40 vehicles (four members per team) will embark on one epic road trip that’ll take us from Cape Town, along the breathtaking Garden Route to Addo Elephant National Park near Port Elizabeth.

Pieter van Vuuren, National Braai Tour coordinator and brand ambassador, explains that participants of the tour will visit interesting and significant historic sites as well as learn more about the heritage of the greatest country in the world. “During the tour, teams will be winding their way across the country, overnighting and camping in SANParks National Reserves as they go along. They will be covering more than 2 000km, eating steak every day and sharing every glorious moment on social media,” he says.

After a day of driving and witnessing some of South Africa’s most beautiful heritage sites, the National Braai Tour will see 160 proud and passionate braaiers from across the country unite around the ‘Atmosvuur’ (Afrikaans for “atmosphere” – and a VERY big campfire) every evening. With breakfast, lunch and dinner coming off the coals, Braai Tour participants will walk away with a new understanding and mastery of this proudly South African culinary art, and will have made relationships with fellow passionate South Africans over a common love for a good braai and great company.

Lighting a fire and getting a braai going is easy. Just like investing. And the more time you spend on it, the better you get.

Kurt Solomon, who handles people and brand at Purple Group, says that the National Braai Tour 2016 is a good fit for EasyEquities. “We like doing stuff where we can add value, have fun and make a difference. We believe South Africans are amazing and want to showcase that even more. Both EasyEquities and the National Braai Tour are passionate SA brands that believe in taking what we do seriously, but not ourselves! I’m really looking forward to meeting new people, seeing new, beautiful parts of South Africa and sharing new braai ideas.”

If you’re interested to know a little more about the legend that is Jan Braai - his real name is Jan Scannell, and he lives to unite South Africa around a fire. For the past 10 years, he has spearheaded the National Braai Day initiative. His aim is to create a national day of celebration centres on the one activity all South African have in common, regardless of race, language, gender or wealth, cooking over the coals of a fire. He formerly held the world record for the longest lasting braai. His popular TV series Jan Braai for Erfenis runs on KykNET since 2011 and is now in its ninth season.