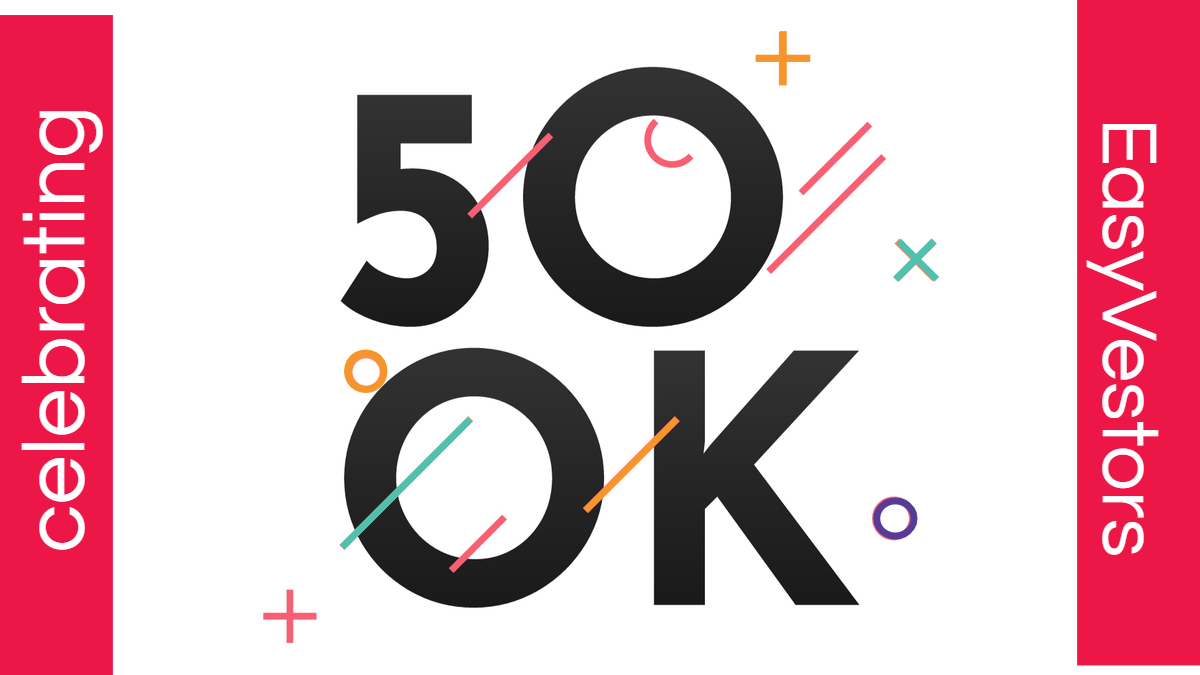 The legendary left-handed batsman, Brian Charles Lara, is the first and only player to have registered 400 runs in a Test innings, he also happens to be in an exclusive grouping of just one in chalking up the only 500 scored in a first-class cricket game.

But what do these incredible feats of now cricketing lore have to do with EasyEquities I hear you say?

Well we’ve been steady at the crease for just a touch under 6 years now, so to speak, setting a few exclusive records for ourselves, and just like Brian, who relied on support from the other end of the crease to set his records out in the middle. We owe a massive thanks to all of you, for your incredible support in rewriting the records, for all time, on how South Africans go about investing.

So, I thought I’d drop in on our own Charles and get him to share some of numbers that have literally bowled him over, over the past few years.

"As of yesterday, a touch over five hundred thousand registered account holders, 40% of whom are wonderful women, of mostly early-thirty something year old South Africans, have rolled on up to EasyEquites and started their investment journey in one way or another, across our various platforms and partnerships.

Of these account holders, a fraction over two hundred and eighty thousand investors have gone on to put their hard-earned money to work for a better financial future for themselves.

Putting these numbers into context is important. The day before we launched EasyEquities there were only 280 000 retail investors active on the JSE across all stockbrokers. Less than six years later, and working alongside all of you, Easy has managed to double that…

Since inception we have done over ten million trades, with one million of these in the last month alone!!!

Easy has saved investors over R700 million in transaction fees alone when comparing what EasyEquities has charged vs what our nearest competitor would have charged for the same flows. Say that out loud, standing up, and while you’re up put your hands together in recognition of a great team effort.

Innovating and disrupting the old world of investing is not Easy, but this team does indeed make it look like just another day out in the middle, on a flat track.

Last month alone we launched EasyProperties which has rocked the property world, turning an old guard asset class upside down by making it fun, easy, and exciting to get in on the property ladder.

We also introduced Australians to South Africa’s second-best all-rounder 😉 EasyEquities Australia, and delivered countless updates to our platform functionality that has our growing fans cheering from the rafters..."

Charles had so much more to share but his over was up 😉. However, he did insist that I say two things on his behalf in celebrating beyond just the numbers.

Firstly, a massive thank you to the Easy community for all you do every day in inspiring us to be better than we were yesterday. For trusting and believing in us and for being inspirational influencers in your own communities and helping us build a better, more educated, more invested future for all South Africans.

And, secondly, that there’s so much more to look forward to. Your own returns, for one, 30 and 40 years from now will be unimaginable to you today.

Easy has plenty of stuff it still needs to fix and build. We are committed to doing all of it responsibly, with your guidance and support, and with the deep sense of purpose that what we are building together here will rewrite the records books for everyone involved.