How Coronavirus is Affecting Investments

As a New York Times headline so succinctly put it: “A global disease outbreak isn’t the kind of risk that many investors were trained to react to.” Add to that an oil price war involving two major producers- Saudi Arabia and Russia, and you get the sort of extreme market volatility we’ve seen since the beginning of the year when reports about the Coronavirus first surfaced, and especially in the last week.

There is currently a lot of uncertainty, eclipsing almost everything else and destroying investor confidence. There’s uncertainty about how bad the coronavirus out break currently is, how bad it can get, whether authorities can get it under control, how much will it disrupt our lives, how much will it disrupt businesses? How long will Saudi Arabia be willing to keep oil prices low to hurt Russia, how will these low prices affect US shale producers as well? What will the reactions of Russia and the US be?

These are all questions weighing heavily on investor sentiment.

Why is the coronavirus having such a massive impact on the global economy?

The coronavirus is having a very real impact on manufacturing and global supply chains, forcing the shutdown of factories as companies and governments take precautions enforcing worker quarantines. Companies are trying to work out how coronavirus will affect their businesses and how best to protect their workers whilst keeping business running. In some cases, companies have activated business continuity plans by closing offices, asking employees to work from home, or from smaller distributed locations. Slowdowns in productivity and increased costs are inevitable in this environment.

I just recently experienced a minor personal example at a local KFC. KFC has recently launched a new chicken nuggets product which is supposed to come with dipping sauces. My daughter had been begging me to buy her some. When I finally agreed we were disappointed to find that they did not have stock of the sauces. When I asked the teller why they were out of stock, he informed that it was owing to supply chain disruptions linked to the coronavirus, as the sauces are imported.

It’s also affecting commuters who are having to stay at home (another factor putting pressure on oil prices). Tourism, hospitality, transportation and other industries are directly affected. Not only factories but airports, stores, schools (as we’ve seen happening in South Africa), cities and now entire countries are facing shut down, with no end in sight! No wonder investors are panicking.

Like other markets across the world the JSE has been severely affected. Looking at the JSE from the start of the year to the 9 of March, we’ve seen records tumbling for all the wrong reasons. On the 24th of February the JSE dropped a massive 4.28%. Friday the 28th of February was another bad day dropping 4.5%, bringing the week’s losses to 10.98%.

Then came the 9th of March when fears over both the oil price war (oil price dropped near 30% overnight) and the coronavirus wreaked havoc on the markets seeing the JSE loosing 6.23%, the worst single day since the 2008 financial crisis. It’s notable that Mondays have been particularly bad as investors come back after having a few days to process information.

To illustrate just how volatile the market has been over this period we’ve seen 43 companies losing more than 10% over a consecutive 2 days based on closing prices (91 companies based on intraday low prices). The worst affected companies are those with a dependency on global demand (from China especially), are exposed to the oil price (Sasol is the worst performer) and those with their own internal weaknesses, but the decline has been widespread. 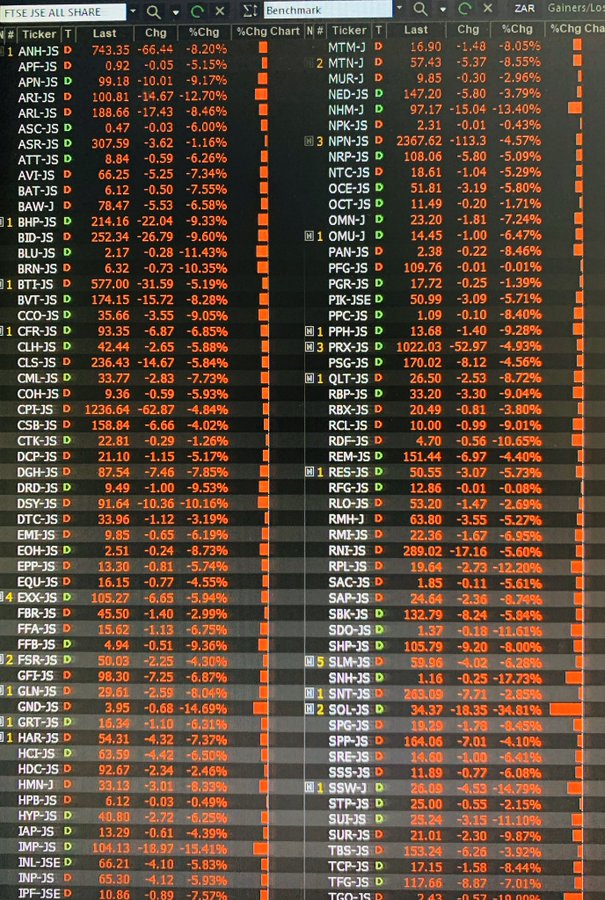 Thus far none of the losses over the past few weeks have triggered InvestSure’s insurance product, which protects investors from sudden and severe losses caused by allegations of management fraud and dishonesty, a major cause of deep and sustained losses. Nevertheless, there has been an exponential increase in the number of policies issued in the last 2 weeks, showing clients see opportunity in the market, but would like to remove the risks that they can. We are monitoring the markets closely and will notify clients in case of any claimable event.

Whilst uncertainty continues to reign, we have seen governments, companies, schools and communities worldwide making stronger interventions to halt the spread of the virus, including travel restrictions and lockdowns. Panic doesn’t last forever, even if it means people need to adapt. Other periods of shock down turns have presented savvy investors with buying opportunities as markets recovered. 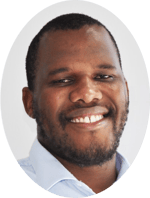