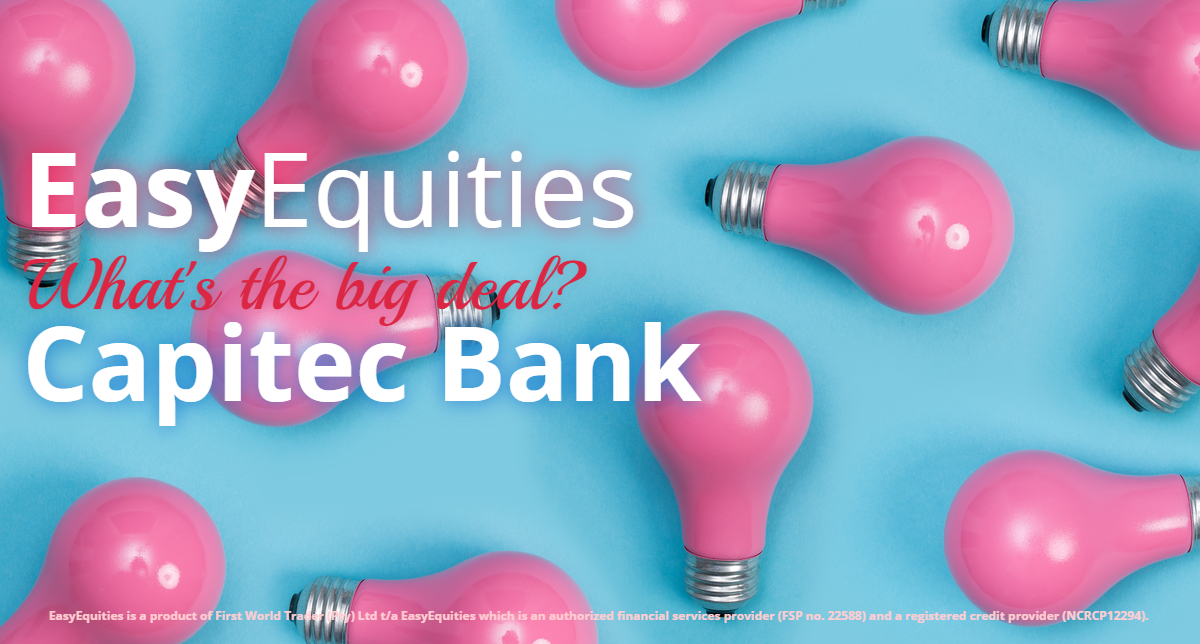 Friday, 29 May, Capitec Bank announces at their AGM that they would be partnering up with EasyEquities as part of their mobile app facelift. A few market watchers and clients of either service provider welcomed the new partnership. Purple Group and Capitec shareholders reveled in the news. So what’s the big deal?

Here’s why this partnership excited a few users and teams between the two companies.

Shout out to Capitec. They have made banking more accessible – low transaction fees, low monthly fees, and an effective savings plan which could see you pay zero on monthly fees provided your savings are on point. They also score points on their transparency. However, the mobile banking the app needed some TLC.

Capitec’s new app is going to be far sexier than ever before. Sharing some of the concept screens for the app in their AGM, the application promises to be "far more than just banking and investing combined." EasyEquities Brand Manager, Lesedi Mfolo, highlights. "It will be the fuel that allows us common folk to attain uncommon results."

Think back to the days when WWE hit its storyline peak between the mid 90s until the mid 2000s. The Rock (now known as Dwayne Johnson) and Stone Cold would team up on occasion to take down the big baddies. Remember that feeling when the peoples’ favourites were on the same side and the show ended on a high and in anticipation for the next episode?

It’s kinda the same. Only far less scripted and much less baby oil is at play.

Only the big baddies are the traditional financial landscape and its exclusionary reality; and the next episode is the actual launch of the app.

Capitec Bank users with EasyEquities investments know that it was a pain to fund their accounts. Investors were forced to fund their Easy accounts by sending money to our other business accounts (ABSA or FNB).

Now, Capitec users have been moved to the front of the queue like the queens they are. Instead of funding their EasyEquities accounts the conventional ways (EFT, Credit Card, or SID which I still don’t really understand what that even means or does), Capitec users can simply send their money to their EasyEquities accounts with just a few swipes. Since the two apps will be integrated, plans are in place for the funds to be transferred in minutes. It gets better, but I can’t reveal anymore than that for now. I am available for comment via DM on social media. Bring colddrink.

Many will see this as a superficial positive for the two companies, but it’s more than just about convenience. This collaboration goes beyond an app facelift and brand alignment. It’s about the opportunity to get more South Africans invested, and involved in the financial markets. We want to see millions of shareholders across the country, and this partnership brings us closer to that goal.