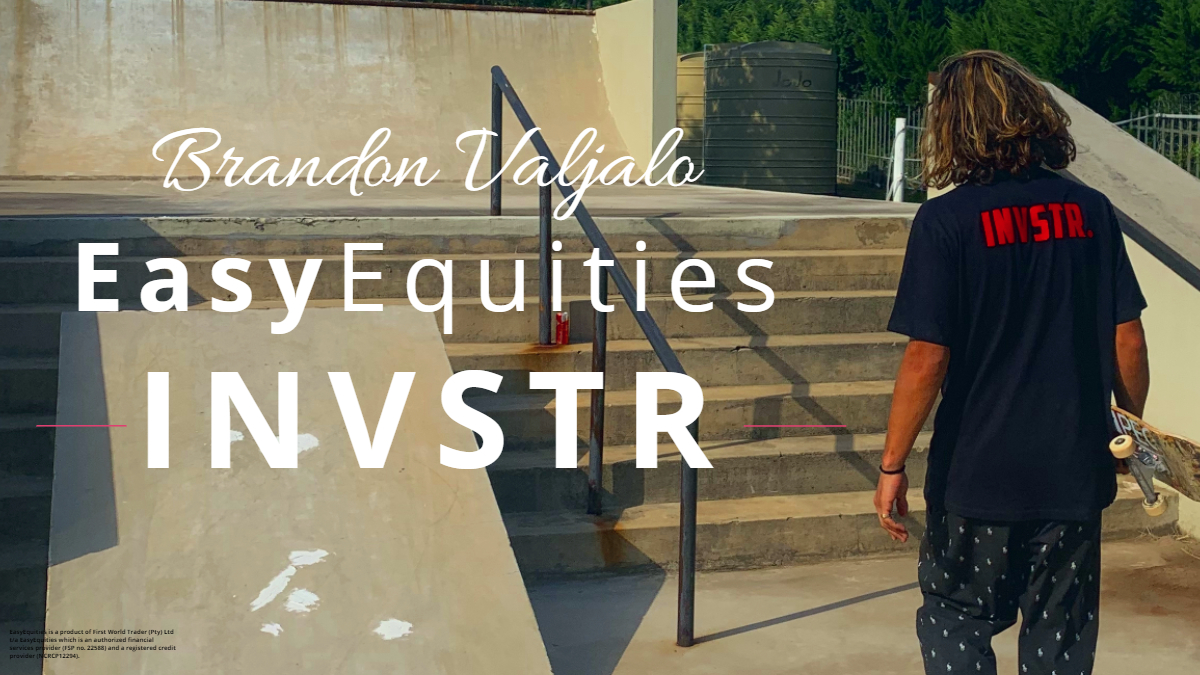 Brandon Valjalo wasn’t always a skateboarder primarily. In fact, Brandon was a football, cricket, and rugby player in his school days, even scoring himself a scholarship on those more ‘conventional’ sports. Fun-fact: Brandon even played at an international competition based in London, hosted by his favourite club, The Arsenal FC. He has always had sporting ability, but standing out in the sun on a cricket field he knew his heart was in skateboarding.

Make no mistake, Brandon’s heart is still with skating as he pushes himself to make it to the next Olympic games, which has now officially been inducted as an Olympic sport. Although he can still appreciate other sports, nothing will beat his desire to keep kicking and pushing. Brandon has, however, added investing as a new pastime to his repertoire of talents.

His experiences in skating will be useful as he sets off on this adventure in investing, because in as much as taking an L (loss) sometimes sucks, what it teaches you if you persist can be far greater.

Speaking of greatness, make sure to follow the future skating legend’s career and story by following him on Instagram and Twitter. Make sure to check out his latest interview, rocking some Easy merch on Black and White Sports, on YouTube or below.

The interview delves into his transition and lesson from conventional sports to skateboarding, his awards, his heroes and idols, his top 50 global ranking and more!