Our friend from Stealthy Wealth analyses the Satrix 40, the first ETF to list on the JSE back in 2000.

Even those unfamiliar with ETFs and investing would likely have heard the name Satrix 40. This is probably because it is the longest running ETF launching way back in November 2000 (that was around the time the Backstreet boys were showing you the shape of their heart).

It really is the grand-daddy of ETFs.

The ETF invests in 40 of the largest companies on the JSE and includes shares like Naspers, Woolworths, Standard Bank and MTN.

That drop was pretty nasty, but those that stuck it out and had a long term view (as investors should) were well rewarded. It recovered to make a new high less than 4 years later, closing at R31.26 on 7 August 2012.

The Satrix 40 closing price from launch until the end of August 2020 is shown below. 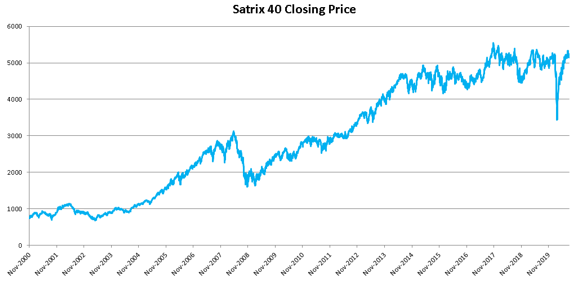 But perhaps what is even more incredible, is that over that time you would have received a total of R190 in dividends. That’s right – the R100 investment would have given you around twice as much back just in dividends. The first dividend was a mere 0.5 cents per ETF at the end of December 2000. That has grown to 44.42 cents per ETF at the latest quarterly distribution. 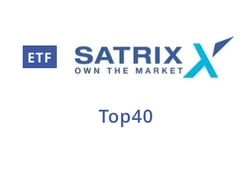 We have recently held some webinars with Stealthy Wealth check them out below: 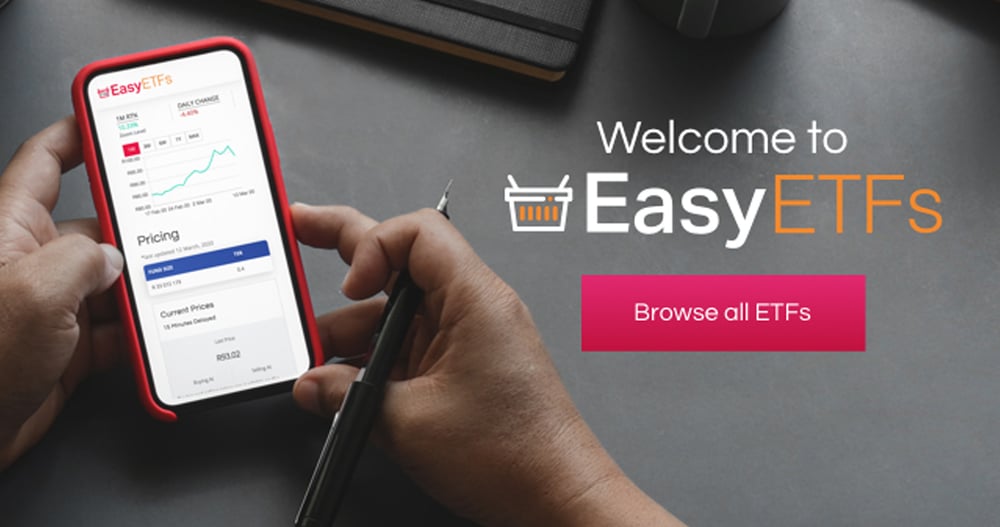 Exchange-traded funds (ETFs) are passively managed investment funds that track the performance of a basket of pre-determined assets. They are traded the same way as shares and the main difference is that whereas one share gives exposure to one company, an ETF gives exposure to numerous companies in a single transaction. ETFs can be traded through your broker in the same way as shares, say, on the EasyEquities platform. In addition, they qualify for the tax-free savings account, where both capital and income gains accumulate tax free.